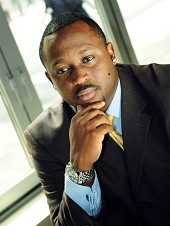 But here is my concern. For the last couple of days, I have been listening to propaganda, rhetoric, talking points, and verbiage generated to make this issue a political one and villainize an entire group of people based on the extremist view of a few. I may be a little more sensitive because as a young black man, I am often judged by stereotypes, due to my skin color, regardless of what positives I have done, or accomplished. I am careful not to paint the Muslim faith as a sinister, evil, terrorist organization bent on destroying America. I have Muslim friends, and they vehemently oppose the views of radicals and extremists. They are hard working people that just want to make a living, provide for their family, and feel safe walking down the street. They are good people. We have differences of opinion when it comes to our faiths, but the core of both faiths share many commonalities in reference to the treatment of others. Not all, but some. 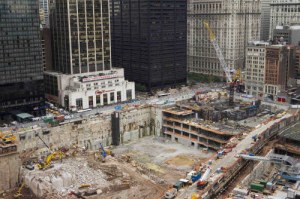 I’m not outraged or even angry about them wanting to build a cultural center 2 blocks from Ground Zero. As a matter of fact, I think the opportunity to build something that can allow Americans and Muslim- Americans (I hate having to make that differentiation) to get to know each other better is much needed. I think if more people took a minute to reach out to our Muslim friends, and vice versa, we would not see each other as enemies. I encourage people getting to know each other and understanding each other better. Nothing but good can come from that. But I’m afraid what will happen if they build the center so close. Not because of 9/11 but because I think the anti-Muslim mindset that is being perpetuated by our politicians in hopes of gaining a few percentage points in the polls have poisoned the common sense pool. They have taken a group wanting to build a cultural center (not a mosque! a cultural center with after school programs and a basketball court) and turned it into a calculated slap in the face of America. I don’t see it that way. In fact, a point I have never thought about was presented to me yesterday. A Muslim friend said to me, “I lost my fiancée’ on 9/11. I lost friends and family on 9/11 too. Hundreds of us lost friends, family and loved ones. There was not a memo sent out to Muslims to stay away from the Trade Center because it was going to be attacked. Now people that were my friends don’t talk to me. Parents don’t let their children play with my children, and we are looked at as terrorists every day. I was born in America, and my country has turned it’s back on me because of some idiot extremists. We felt loss too.” That statement struck home with me. I teared up as I heard the pain he felt, and as he spoke of his undying love for America. The next week he tried to sign up for the Army because he was so angry, and was attacked on the way to the recruiting center. I had never thought about it in that manner.

I’m not trying to convince you to agree, or disagree with the cultural center. I have no desire to go their. But I would implore you to do this. Reach out to a Muslim and just ask their views on the matter. Ask how they feel about 9/11. Ask them how their world has changed. I’m sure many of you who are reading this and cursing me to the top of your lungs, don’t have a single Muslim friend, and all your hatred is based on 9/11 and news clippings. It wasn’t that long ago, when people looked at African-Americans that same way (some STILL do). We are America. Our forefathers came here because they wanted to have, share, and live by their beliefs. And more importantly, they wanted others to be able to do the same. We don’t have to agree on everything. But just because you don’t agree, doesn’t make you enemies. Start a dialog. Expand your horizons. You may find the same person you looked at sideways yesterday, ends up being one of your best friends. Or at least a good associate. But then again, what do I know. I’m just a clothier, and this is my perspective. Until next time…