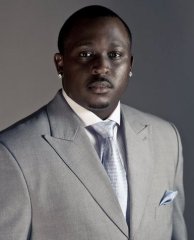 I have been blessed to have had a significant amount of success since I started my company. But it has come at some costs. Some that I was aware of, and some that were not so obvious. You see, when I started the company, I didn’t know a lot about the industry, or my target demographic. The one thing I knew is that people reacted to brands that reflected success, power, or exclusivity. So I studied, watched and learned. I did the research, and formulated a plan, and implemented the plan to deliver just that. Nothing wrong with that, right? After all, that is what we’re taught to do. And it worked, I developed a brand that started to gain headway. I had some big wins, and they led to more wins. I had to be doing things right. Right? After all, people knew my name, invited me to stuff, wrote articles about me, wanted to be around me, and even wanted to take pictures and stuff with me. No one told me that I wasn’t, so I had to be doing the right  thing.  But I was wrong. Very wrong. I was slowly making a VERY BIG MISTAKE.

Without me realizing it, I was being overtaking my brand. What’s wrong with that, you ask? There is a lot wrong with that. First, your brand should be an extension of you, not the other way around. I became a slave to my brand. My whole world was my brand. The places I went, the people I talked to, the clothes I wore, the people I spoke to, EVERYTHING was about the brand, and the business. That’s not necessarily me.

You see at the core, I’m just a country boy from Arkansas. I like life simple. I’m not motivated by money, possessions, and the spotlight. Sure I like nice stuff, but I’m actually happier eating a hot dog from a street vendor than I am a steak from a fancy steakhouse. I don’t need fancy cars, or a lot of hoopla. I am actually pretty low maintenance. Given the choice, I’m much happier at home watching my DVR, and playing on my laptop than being out in the street. But as I allowed my brand to take over, I unknowingly lost track of myself. Almost all of my conversations, relationships, and dealings were about William Wilson Clothing. Somehow, “The Clothier” began to overtake “William”. People were no longer meeting William Wilson, the person. They were meeting William Wilson, the brand. The were meeting “the genius mastermind of what will one day be one of the elite clothing brands in the world”. I was always in brand promotion mode. It consumed everything I did, said, and thought, and I had no idea. People were no longer meeting me, me were meeting my corporate representative.

It wasn’t until a great and dear friend named Keysha Walker, sat me down and gave me a observation as she saw it. She saw me as two people. The business person that had to be “ON” in public. And the more laid back, easy going person that I was privately. As I sat and listened to her observation, I wasn’t always happy with what she had to say. But I respect her opinion as a business woman, and as a friend, so I listened. And as I did, I began to realize that what she saw was not who I wanted to be seen as. She saw me as a person that was only about business, and promotion of my brand. That wasn’t the type to let my guard down, and be fun, be funny, and vulnerable.  I can understand why she would think those thoughts. I was so busy trying to build the William Wilson “Clothing” brand, that I was potentially killing the William Wilson “Personal” brand.  She said numerous times “Just be you.”

So I’m writing this as an apology to anyone that I may have rubbed wrong in the past; and as a warning to those who follow me, look to me for guidance, or are currently working on building their corporate brands. If I came across to you as unapproachable, arrogant, too good, or anything of that nature; I want to extend to you, my sincerest heartfelt apology. It truly was not my intention.

Make sure to not get so caught up in building your brand that it begins to consume you. Be who you are naturally. Don’t allow the actions you take to wrongly define who you are. Understand that you cannot please everyone and that some people will always have negative things to say, because that’s who they are. But everyone that gives you criticism isn’t “hating” on you. Sometimes they do it because they care about you, and want what’s best for you. I’m blessed to have a friend like Keysha, to give it to me straight, and didn’t care if it hurt my feelings. I will be a better man for it. And my brand will be better for it too. Being a man isn’t about always being right. It’s about doing right. I want to be the best man I can be. I will make mistakes and fall short. Hopefully, I’ll always have friends like Keysha to stop me before I do too much harm. Until next time….

5 thoughts on “Don’t Become A Victim Of Your Brand”